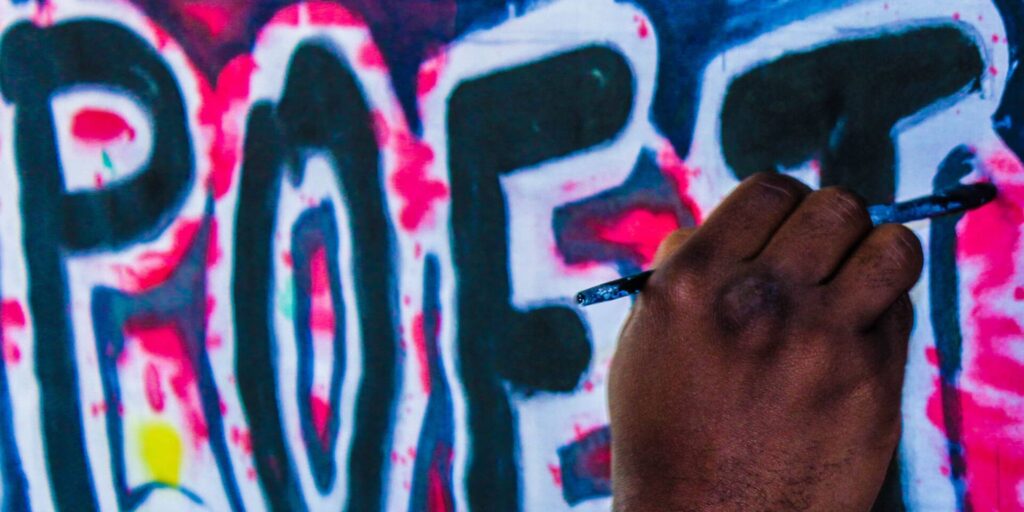 Creative 360 is held their first Open Poetry Slam on Saturday, November 19th at 7pm. The MC for the slam was poet Jared Morningstar, author of American Fries, American Reality and A Slice of American Pie. The event is part of the Celebration of Voices series at Creative 360 and is sponsored by a grant from the National Endowment for the Arts.

The concept of slam poetry originated in the 1980s in Chicago, Illinois, when a local poet and construction worker, Marc Kelly Smith, had an idea to bring the true passion of poetry back to the people. He created the poetry slam—where anyone could participate by performing their work to be judged on a scale of 0 to 10. Whoever had the highest score at the end of the competition was deemed the winner.

“Slam poetry is written to be performed,” said Executive Director, Laura Vosejpka. “It is an energetic blending of artistic media that is full of excitement.  This slam was a way for all people in our community to share their authentic voices with an audience that is ready to hear them.”

Gladys, the Proper Taco Truck, was in the Bayliss Street lot from 6-8 pm so that participants and audience members could grab dinner on their way in.

Winners of the SLAM were: