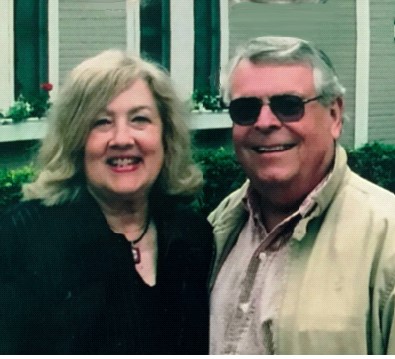 Yes We Can!, a program that showcases the wisdom and experiences of people who are 80 and over, is back at Creative 360 and begins with a luncheon honoring Arthur and Judy Frock on Friday, July 29th in the Creative 360 Bayliss Street Gallery.

The Frocks, both Miami University graduates moved to Midland in 1985 when Art became superintendent of Midland Public Schools. During his time in Midland, Art has served on several community boards and citizen committees and chaired fundraising drives for United Way and Junior Achievement. He is a recipient of the Gerstacker Award and the Dr. Martin Luther King Recognition Award. Following his retirement in 2000, Art served as Professor of Educational Administration at SVSU. Art and Judy have been married for over 60 years.

Judy taught 5th grade in the Coleman Schools and was recognized by Central Michigan University and the VFW for Excellence in Teaching. She was also honored by the Voices program as one of the Extraordinary Women of Midland County.  Judy has served on the Midland Symphony board, was president of both the Chippewa Nature Center Board, and her PEO chapter, and was a founding board member of Mackinac Straits Raptor Watch. Judy remains active in League of Women Voters and the Midland 100 Club.

“Since 2014, Creative 360’s Yes We Can! program has celebrated more than 350 Great Lakes Bay region artists, scholars, scientists and community leaders,” said Executive Director Laura Vosejpka. “The Frocks are the kind of people that motivate us to be engaged community members at every age and we are so pleased to be able to honor their contributions.”

The event is scheduled for Friday July 29, from 11:00 am – 1:30 pm. Admission to the event is $30 and includes your meal. Please contact the arts center to register of for more information.