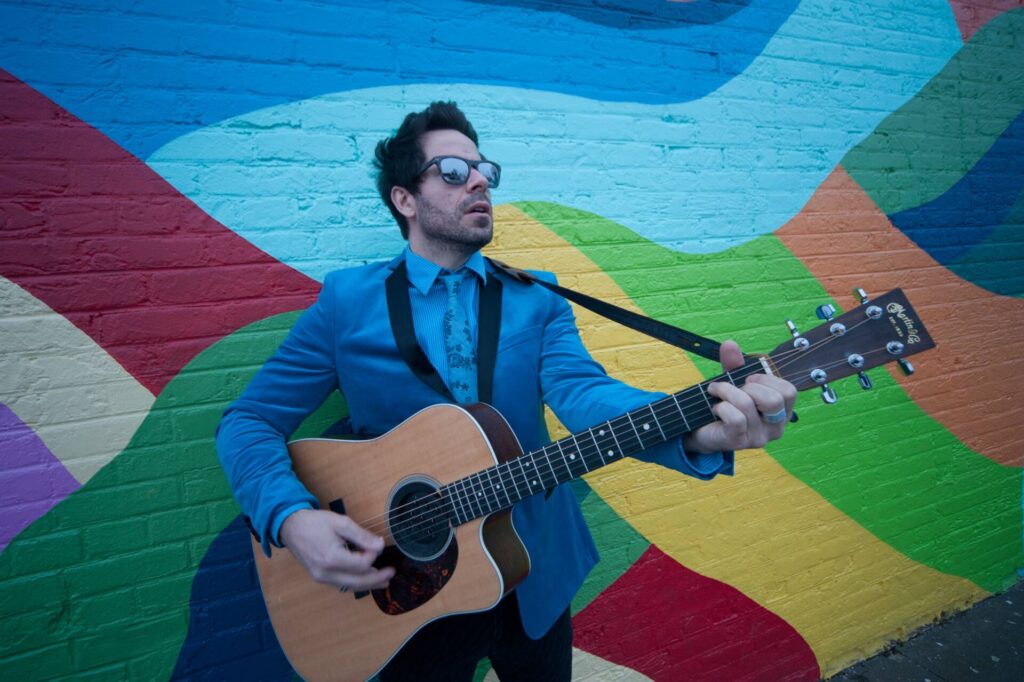 April 19, 2022, Midland, MI. – Creative 360’s final Chili & Concert of the 2022 season will headline Midland born and raised Brett Mitchell, a drummer turned guitarist and songwriter who has impressed audiences and critics all over Michigan and beyond.

“I have an eclectic taste in music,” Mitchell remarked. “I usually tell people my music is folky, indie pop-rock- whatever that means.” Mitchell has an incredible ability to stitch together standout music from a wide range of genres.

Mitchell picked up drumsticks for the first time in his early teens, fell in love with the drums and was playing professionally by seventeen.  Called one of the most talented & fresh writers to come out of Michigan, he has three original albums under his belt, a fourth releasing soon, and a bevy of covers he performs with his own unique spin.

Concert goers will recognize the influences of John Lennon, Ben Folds, Jeff Tweedy, Neil Young, Jeff Lynne, Elvis Costello, Weezer and Wilco in this captivating acoustic show. “Brett is a very creative musician, he has a lot of energy, and rocks out!” said Midland drum teacher Jim Fulkerson, one of Brett’s original teachers.

Creative 360 will bring this charismatic hometown success back to his old stomping grounds on April 30th at 7pm / Admission is $18 prepay or $23 at the door, and includes a dinner of chili, cornbread and all the fixins. Let us know you are coming online at becreative360.org or by calling the arts center at 989-837-1885.