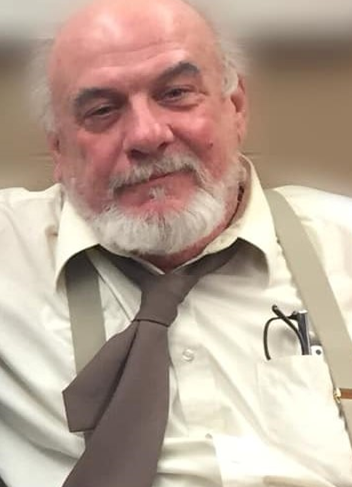 On Friday, March 11, Creative 360 will host the Midland premier of Beyond Telling, a drama by Michigan playwright Raymond Goodwin.  This one man performance considers the life of a fictional newspaper columnist who, while living through a terror filled evening, is forced to face the realization that his written words can have devastating, unintentional consequences.

William (Bill) Campbell, a prolific actor who was recently seen in August Osage County at the Midland Center for the Arts, stars as newsman George Telling.  Campbell has appeared on Creative 360’s own stage in the Old Time Radio Show series and is no stranger to the spotlight.

“I suspect this will be a very thought provoking show,” said local director Carol Rumba, who has worked with Campbell. “Bill is a wonderful story teller and he truly knows how to finesse a character.”Playwright Raymond Goodwin and director Kat Johns will be in attendance at the one night only performance and will host a post-show talk back. Goodwin writes regionally themed solo plays that have been performed in over 40 Michigan communities and is the author of Sawdusted: Notes from a Post-Boom Mill, selected by the Library of Michigan as a Michigan Notable Book.

The single performance of this show will take place on Friday, March 11 at 7 pm.  Tickets are $12 in advance and $15 at the door and guests are invited to bring their own snacks and beverages. Let us know you are coming online at becreative360.org or by calling the arts center at 989-837-1885.