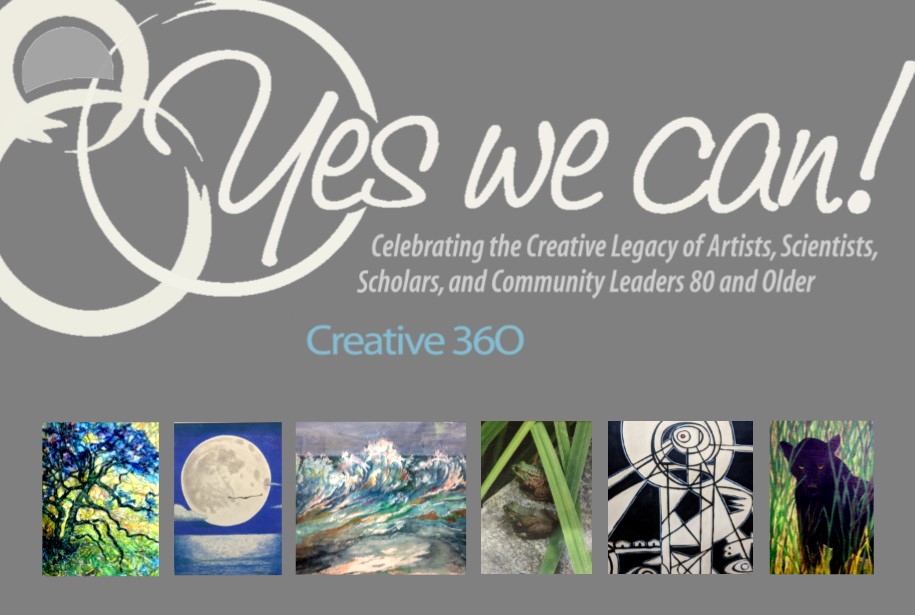 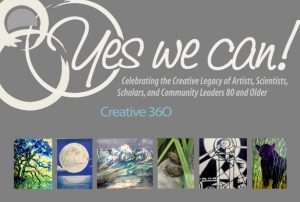 On Friday, February 21, 7-8:30 pm, Creative 360 will host the opening reception for the seventh annual Yes We Can! exhibition featuring the works of 28 artists from across the Great Lakes Bay region who are 80 and above. The list of artists participating in this year’s exhibit continues to grow, but currently includes:

Enjoy an evening of wine, light refreshments and a chance to meet many of the artists whose works are on display. Like all Creative 360 exhibits, this is a free event. The interesting art of these Great Lakes Bay octogenarians will be on display through March 22.

About Yes We Can!
Seven years ago, Creative 360 developed an innovative program designed to recognize and honor the contributions of people who are 80 and over in a way that respects their knowledge and taps into their legacy of creativity. This amazing segment of our population has a wealth of experience and knowledge to share. The Yes We Can! program gives people of all ages ongoing opportunities to engage with, and learn from, this dynamic group of senior presenters.

Since the program began in the winter of 2014, Creative 360 has celebrated more than 350 Great Lakes Bay artists, scholars, scientists, and community leaders. These octogenarians inspire everyone to be more active and to realize we can all be contributing community members at any age!

Thanks to Garber Automotive, Gavin and Associates, Janet Martineau, Northwood University’s NADA Hotel and Conference Center, and Space Studios for sponsoring this year’s program. For more information about Yes We Can!, go to Creative 360’s website at becreative360.org or call 989-837-1885.