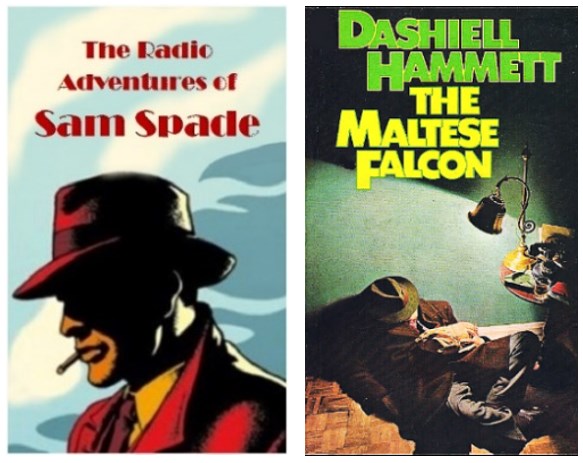 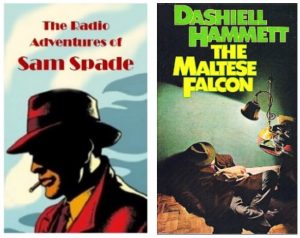 Creative 360 announces their first radio show of the year – a Sam Spade double feature! The Blood Money Caper and The Maltese Falcon are two beloved classics from the golden age of radio and will be performed on the gallery stage, complete with live sound effects and original commercial jingles. The show will be performed for two nights only – Friday, January 24 and Saturday, January 25 at 7:00 p.m. Admission is $10 prepaid or $15 at the door. Bring your own beverage. Call 989-837-1885 for tickets or register on Creative 360’s website.

This is Creative 360’s 10th Old Time Radio production. Since March 2017, more than 30 local actors have appeared live on stage. The shows are performed in a format straight out of the 1930s when families gathered around big, chunky radios for nightly thrills fed into their living rooms and their imaginations. In these radio shows, the audience gets to witness first-hand how the sound effects are made, how the actors change character, and watch the trio responsible for those harmonized commercial jingles.

Directed by Carol Rumba, the cast for this show includes many favorites from past shows with some new additions and includes: Peter Brooks, David King, John McPeak, Bill Meier, JoAnn Pobocik, Terri Shroeder, Mark Turpin, and Trina Winans. Cheryl Felch is the sound effects artist with Tom Randolph as the sound engineer.