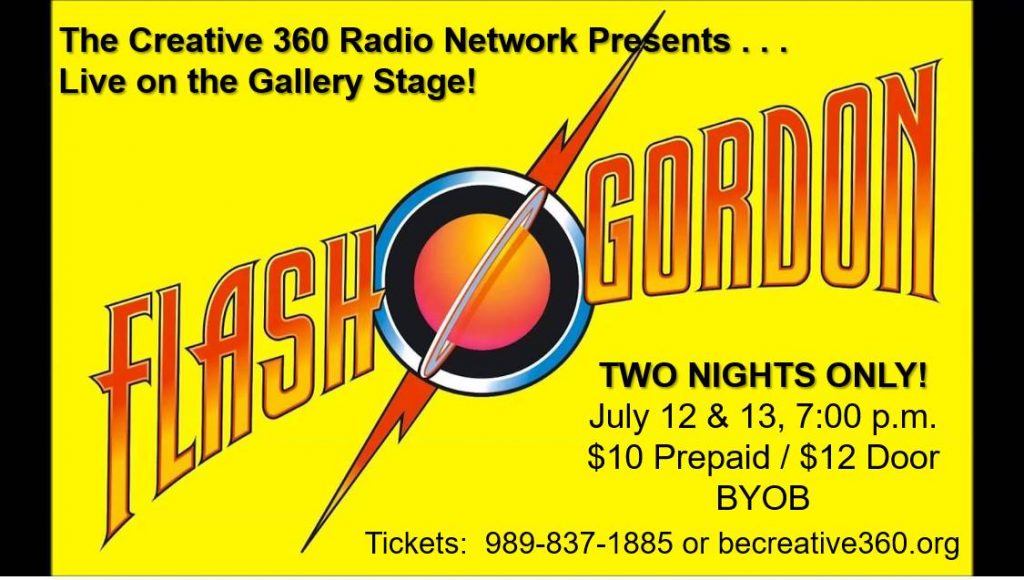 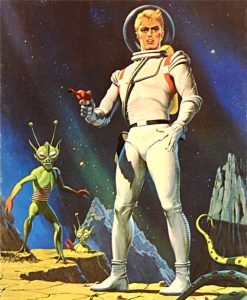 Creative 360 will host its next live old time radio show in two performances on Friday, July 12 and Saturday, July 13. Both performances begin at 7:00 p.m. in the Creative 360 gallery and include four episodes from the original 1935 radio show.  Zooming through outer space, Flash is accompanied by his beautiful American sweetheart, Dale Arden, and Dr. Zarkov, a great scientist. Our heroes fly to the planet Mongo, ruled by Ming, a merciless dictator who threatens his world with weapons of mass destruction. Contact Creative 360 at 989-837-1885 or register online at becreative360.org. Tickets are $10 prepaid and $12 at the door.  Bring your own beverage.  Sponsored by Ieuter Insurance Group.

Flash Gordon first appeared on the comic pages in 1934, following the success of Buck Rogers, and soon made the move to radio before the classic film serial starring Buster Crabbe. The radio episodes include the characters of Dr. Hans Zarkov, Emperor Ming the Merciless, Princess Aura and others made famous by the series.