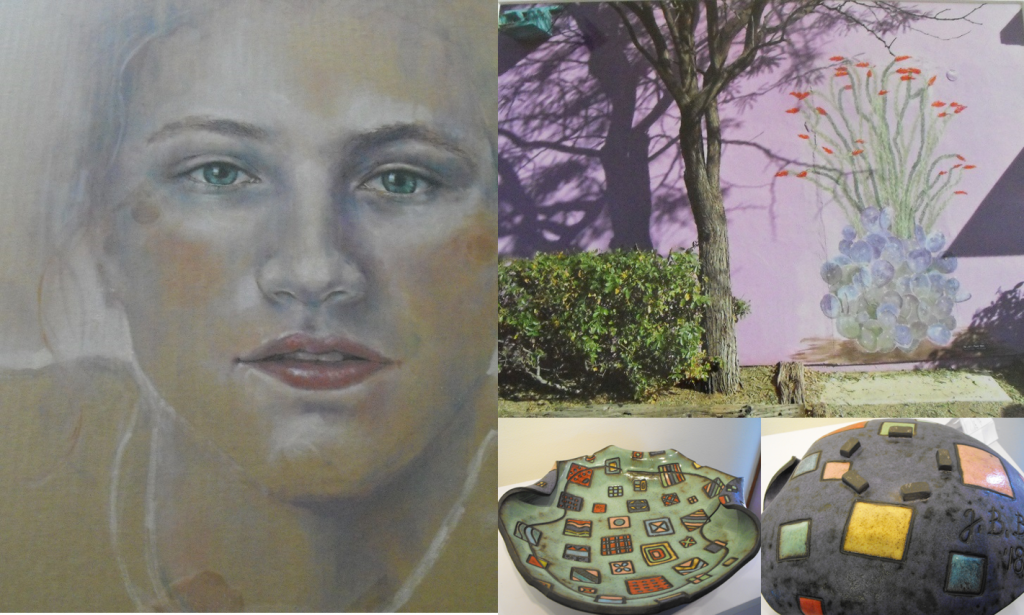 Congratulations to Jody McDonald Rider who won Best of Show and the Member’s Choice Award for her pastel, Behold (left); Carol Buller who received 1st place for her photography, Cactus (Tuscon, AZ) (top); and to second place winner Jazminka Blazina for her stoneware piece, Triangle (bottom).

The show will be on exhibit through May 12. Visitors can submit their vote for the People’s Choice Award that will be announced at the end of the exhibit.

About Midland Artists Guild
Founded in 1981, the Midland Artists Guild is an active and dynamic organization of more than 100 members from the Great Lakes Bay Region. Membership in the Guild is open ot anyone who participates or has an interest in the visual arts. MAG members have diverse backgrounds, as well as broad levels of experience working in a range of media. Whether you are a beginner or professional, we encourage you to join us in exploring the art world through events and activities offered by the Midland Artists Guild. Find more information on their website at www.midlandartistsguild.com.