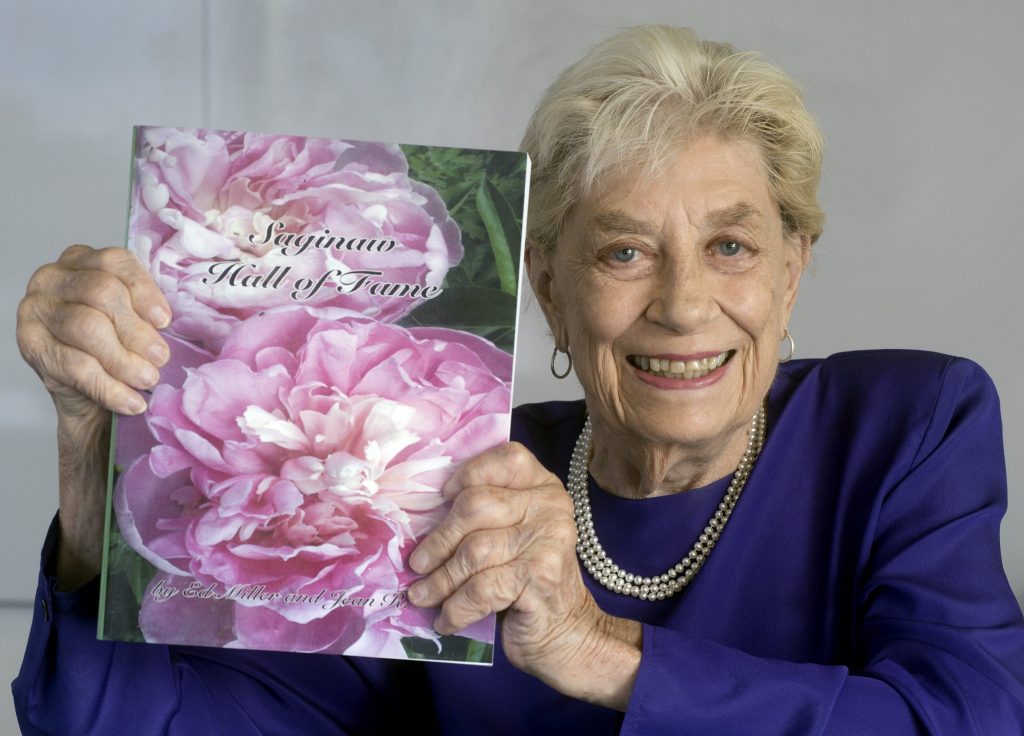 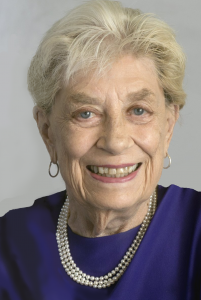 Jean Beach was an accomplished writer especially recognized for her interesting stories of people and places in Saginaw. She has written several books, including “A Century on Canvas” about the art careers of Julia and Henry Roecker, three Saginaw Hall of Fame volumes, and “Undefeated” with Don Steel. Beach also authored histories of First Congregational Church Saginaw, Pit and Balcony Community Theater, and the Saginaw historical cookbook “Savoring Saginaw” with Patricia Shek, which won the top award in the Saginaw News Critic’s Choice in 2007.

An artist with exhibits throughout Michigan art museums, Jean was in a variety of shows held at the Saginaw Art Museum, where she was awarded Best of Show in 1998. Her work has also been included in the Michigan Women’s Hall of Fame in Lansing, and the Scarab Club in Detroit. In 2010 Beach received the All-Area Arts Award from the Saginaw Arts and Enrichment Commission.

She was active both on and off-stage at Saginaw’s Pit and Balcony Community Theatre and served on its board. Jean gave riveting lectures that were sprinkled with amusing anecdotes on such topics as “The History of Pit and Balcony”, “Art in Public Places”, and “How Saginaw Got the World’s Best Water” among many others. Above all, Jean used her gifted talents to bring joy to many people who have felt it a blessing to know her.