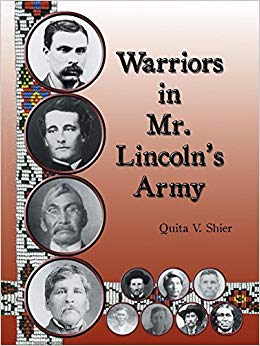 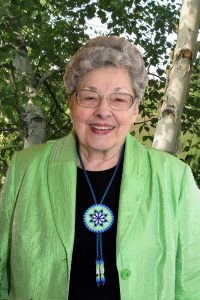 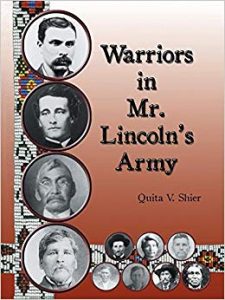 Creative 360’s next Yes We Can! evening features Quita Shier (81), author of the book “Warriors in Mr. Lincoln’s Army.” She will share some of the stories about the indigenous men who served on both sides of the civil war. Enjoy lively conversation and light refreshments at Creative 360 on Wednesday, March 6, 7-8:30 pm. Admission is $5. Let Creative 360 know you are coming by calling 989-837-1885 or register online at becreative360.org.

At ten years old, Quita V. Shier promised her grandfather she would do something for the American Indians. She kept that promise by publishing her book, “Warriors in Mr. Lincoln’s Army.” In her book, Shier offers a comprehensive profile study of each officer and enlisted American Indian soldier in Company K, First Michigan Sharpshooters, who served in the Civil War from 1863 to 1865. The 140 profiles of this all-Indian Company include information taken from military service records, medical files, biographical and family data extracted from pension files, and personal interviews with some of the soldiers’ descendants.

The profiles feature the infantrymen known as grunts, who bore the burden of fighting, and dying in the conflict, and the officers who led them into battle. Shier shares insight into who these fighting men were, who loved them, and what happened to them.

Shier will have copies of her book available for purchase and signing. You can also bring your own copy available at Barnes and Noble in Midland and from Amazon.com.