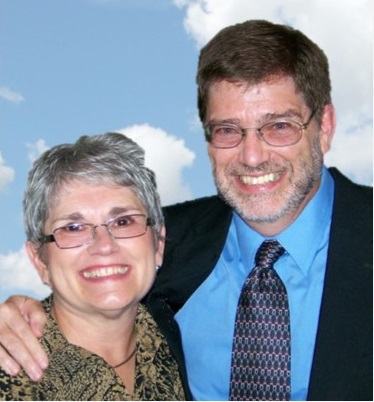 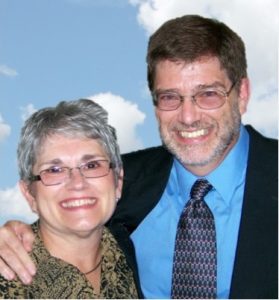 Creative 360 has named Larry and Cheryl Levy as 2018 Arts Angels, an award that honors artists whose contributions to arts education have assured opportunities for emerging artists and furthered the advancement of the arts. There will be a dinner (catered by NADA) in their honor on Wednesday, November 7, 6:30-8:30 p.m. Reserve your seat no later than November 1 by calling 989-837-1885 or on the Creative 360 website at becreative360.org. Cost is $35.

The Levys have spent 42 of their near 50-year marriage actively promoting writing, reading, and theater. For several decades Larry and Cheryl have co-directed theater productions for the Midland Center for the Arts Peanut Gallery and Teenage Musicals, Inc. They have also been recognized by the MCFTA with both the Wee Kinderspiel and Jo Harrigan awards.

The couple has sponsored the “Midland Reads Poetry” event at Creative 360 for the past three years in celebration of National Poetry Month. They are planning another for April 7 in 2019.

Cheryl served as Youth Services Librarian at Grace A. Dow Memorial library, was a founding force behind Toddler Time story hours, a book delivery program for senior citizens, and the Battle of the Books. A wonderful storyteller, she has charmed audiences using puppets to illustrate her stories. Years ago, a student dubbed her Mrs. Puppets. The name continues to today. She has also devoted several decades to Peanut Gallery children’s theatre productions, summer Stage Struck acting camps and Creative 360 classes.

In his 40-year teaching career, Larry influenced students from preschool through graduate school. He served as English Professor for 33 years at Delta College, and for the last seven years he’s been department chair. A lifelong poet, Larry helped edit both his high school and college literary magazines, won prizes as both an undergraduate and graduate, and has been published in many literary magazines. Larry has published three poetry collections and read at Midland Center for the Arts, Theodore Roethke House and Creative 360.