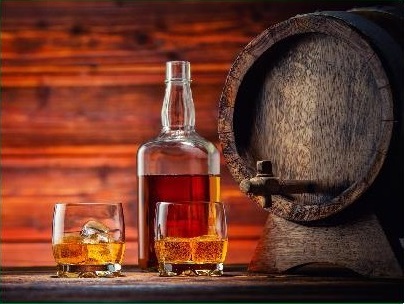 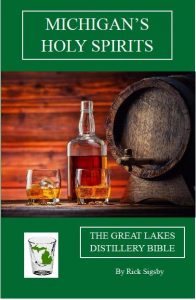 On Friday, November 2, at 7:00 p.m., Creative 360 will welcome author Rick Sigsby as he presents the third book in his series on Michigan’s adult beverages. Michigan’s Holy Spirits: The Great Lakes Distillery Bible takes readers back to Prohibition and beyond to learn the backgrounds of the essential spirits – vodka, gin, rum, whiskey, brandy and liqueurs. Guests will enjoy samplings of craft spirits from across the state. Admission is $10 pre-paid, $15 at the door. Pre-register online or call 989-837-1885.

During Prohibition (1920-1933) Michigan was the primary go-between for bootlegging from Canada and the rest of the U.S. It is estimated that 75 percent of all the alcohol brought illegally into the U.S. crossed the border in the Windsor/Detroit corridor. Craft distilling, however, didn’t come to Michigan until 2008 when liquor laws changed.

“For a craft industry that’s just a decade old, Michigan distillers are already making a name for themselves,” Sigsby explained. “International competitions have named Michigan the home of the world’s best tasting vodka, gin, whiskey and aquavit.”

A lifelong resident of Michigan, Rick Sigsby is a retired park ranger, author of seven books, and owner of race horses. He had a newspaper column called Rick Off the Record, and has been a regular contributor to several nationally circulated horse racing magazines. He resides in Coleman. Learn more on his website at rigsby.com.

Bring your copy of Sigsby’s books for signing or purchase signed copies at the event.