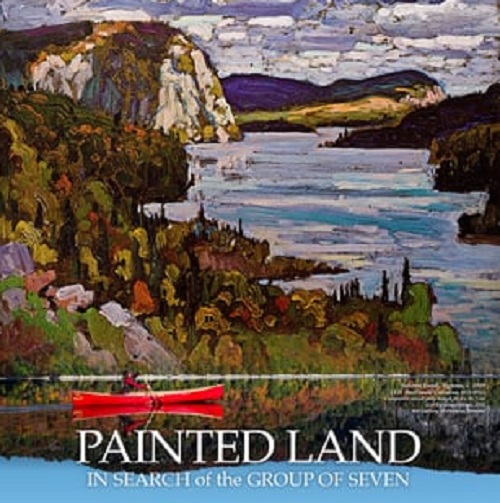 il 23, at 7:00 p.m., Creative 360 welcomes Gary and Joanie McGuffin, Canadian explorers, conservation photographers, writers, motivational speakers, documentarians and conservationists as they present their film “Painted Land, In Search of the Group of Seven.” Evocative in approach, energized by breathtaking cinematography and uplifting musical score, the film offers a new and articulate voice to the artists who were The Group of Seven.

In the early decades of the twentieth century, several artists came together who were committed to exploring the unique character of the Canadian landscape through art. Their distinctive style broke from European tradition and reflected an increasingly nationalistic sentiment. Today, these men are among Canada’s most famous artists. For many, their works have come to symbolize the Canadian identity.

Since 2008, the McGuffins, joined by historian Michael Burtch, worked to track down the precise locations of these paintings created by artists Lawren Harris, J.E.H. MacDonald, A.Y. Jackson, Frank Johnston, Arthur Lismer, Franklin Carmichael and A.J. Casson. Past meets present in this film that chronicles their journey. Archival film, letters, journals and photographs of the artists take viewers back 100 years ago when iconic landscapes of the remote, rugged wilderness of northern Ontario were painted by The Group of Seven.