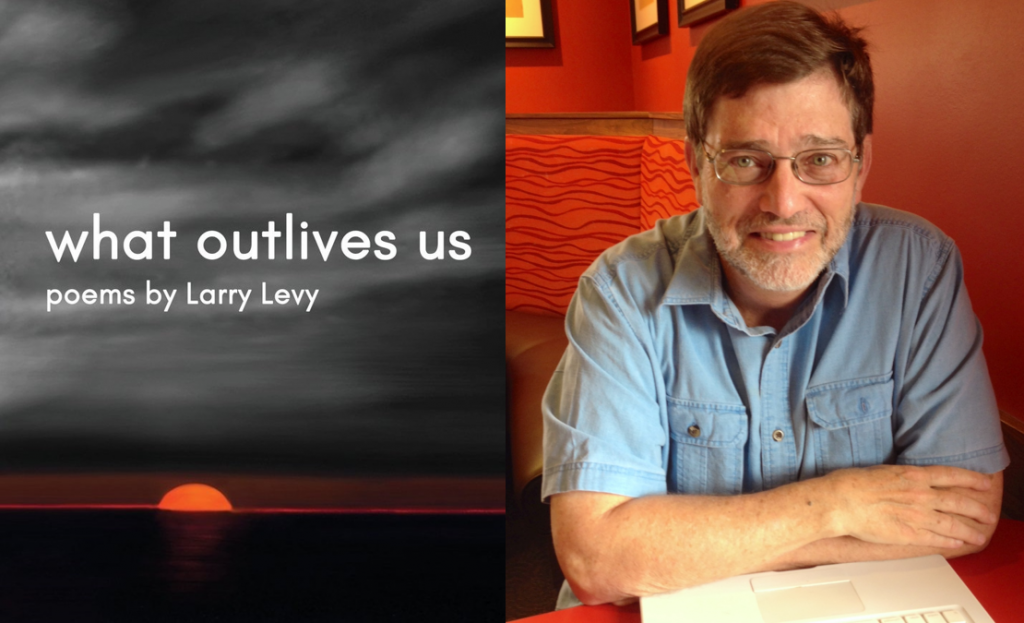 Join Midlander Larry Levy in the Creative 360 Gallery Sunday, April 8 at 2:00 p.m. as he launches his collection of poetry, “What Outlives Us” (Atmosphere Press). He will have copies of his new book (and earlier books) on hand for purchase and signing. Admission is $5. Register by calling 989-837-1885 or at becreative360.org.

Levy’s humane, poignant and humorous poems range across a variety of topics that include the voices of victims of hard times or injustice, personal past, and a realistic look at human gain and loss. In his newest collection, Levy goes international. He writes about a party in the Yucatan in loud, loving and bi-lingual detail, and in another poem, he demonstrates his quiet precision. “My daughter comes by,” says a poor old peasant woman explaining why she isn’t lonely. “And my rooster sings to me at dawn.”

Fellow author Jeff Vande Zande describes his friend’s writing this way. “He does not tell us what to think about the details he brings to light. He simply highlights the sublime, leaving readers with a new approach to the world…an approach more open-eyed, but also more open-hearted.”

Levy’s interest in poetry began early with a fascination for simple nursery rhymes. When in elementary school, he was inspired to start writing he read a selection of poems written by other kids. “I thought these kids are doing it, so I can do it, too,” he explained. “It didn’t enter my mind that I couldn’t.”

His passion for poetry remained through high school. When it came time to enter college, he chose to major in English rather than pre-med as previously planned. Early in his college years, he won a prize for his writing. While he agrees that winning the prize was nice, he doesn’t write to win prizes. He taught his students over the years, “The prize doesn’t make it good. The prize recognizes something that was already good before the prize.”

Levy retired from teaching at Delta College in 2010, and is now able to devote more time to his craft. He doesn’t adhere to a certain style or form to keep the poems to a specific length or rhyme. Instead, his focus is how best to convey the subjects of the poems to his readers.

“I am more relaxed about it. I have a better sense of a first line. And when I get a first line, I know not to ignore it. I play with it and see where it goes.”