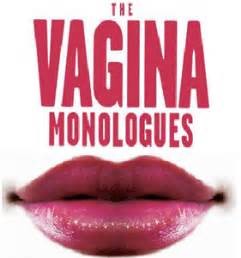 Eve Ensler’s Obie award-winning tour of a forbidden zone comes to Creative 360’s gallery stage Saturday, February 17 at 7:00 p.m. Through a variety of personal monologues, the play brings a deeper consciousness to the conversation around ending violence against women and girls.

With humor and grace, cast members Susie Polito, Marci Rogers, Santana Vermeesch and Trena Winans give voice to a wildly divergent gathering of females. These voices include a six-year-old girl, a septuagenarian New Yorker, a vagina workshop participant, a woman who witnesses the birth of her granddaughter, a Bosnian survivor of rape, and a feminist. The play is directed by Carol Rumba with Amy Sabourin assisting.

Ensler began writing this piece in 1995 as the result of interviews with more than 200 women. The interviews began as casual conversations with her friends, which led to an endless chain of referrals.

Originally written as a way to celebrate the vagina, the play’s purpose has evolved into a movement to stop violence against women. It sparked the start of the V-Day movement in 1998, which has continued strong every year since as a worldwide phenomenon and a successful non-profit organization. Charles Isherwood of The New York Times called the play “probably the most important piece of political theater of the last decade.”

In an interview, Ensler explained her interest in this topic was the result of growing up in a violent society. “Women’s empowerment is deeply connected to their sexuality,” she explained. “Women being violated and raped, and incest are all deeply connected to our vaginas.” A recurring theme throughout the piece is the vagina as a tool of female empowerment, and the ultimate embodiment of individuality.