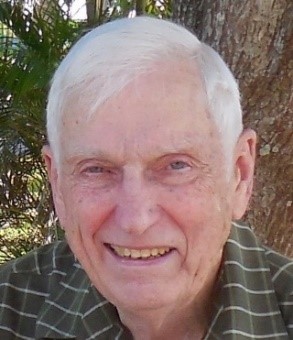 On Friday, February 9, 11:30 a.m.-1:00 p.m., Creative 360 will host a Yes We Can! luncheon in honor Stuart Bender (90), scientist, marine, athlete, community leader, and volunteer. Take a break from your day to enjoy a lunch catered by NADA, and pay tribute to this remarkable man who continues to contribute so much to the community. Pre-register by calling 989-837-1885 no later than Monday, February 5. Space is limited. $30

Born and raised on a farm in Missouri, Stu served in the Merchant Marines taking supplies to Patton’s army, and then in the army where he spent most of his time with MacArthur in Japan. After earning his Chemical Engineering degree from Purdue, he spent 34 years at Dow Chemical managing various plants. Since retiring, Stu has won 17 gold and 4 silver medals in tennis at the Michigan Senior Olympics. He was also awarded a silver and a bronze medal in the National Games.

An avid traveler, Stu has taken 35 road scholar courses around the world. He has served on the boards of the Midland and Bay County United Way, and the Midland Senior Citizen Board. He is presently a member of numerous clubs and the First United Methodist Church.

Stu enjoyed a 60-year marriage to Ruth Ann. They had three children, four grandchildren and one great granddaughter.

About Yes We Can!
Five years ago, Creative 360 developed an innovative program designed to recognize and honor the contributions of people who are 80 and over in a way that respects their knowledge and taps into their legacy of creativity. This amazing segment of our population has a wealth of experience and knowledge to share. The Yes We Can! program gives people of all ages ongoing opportunities to engage with, and learn from, this dynamic group of senior presenters.

Since the program began in the winter of 2014, Creative 360 has celebrated nearly 300 Great Lakes Bay artists, scholars, scientists, and community leaders. These octogenarians inspire everyone to be more active and to realize we can all be contributing community members at any age!

Creative 360 would like to thank The Barstow Foundation, NADA Northwood University, and Space Studios for their generous sponsorship of this year’s Yes We Can! program.