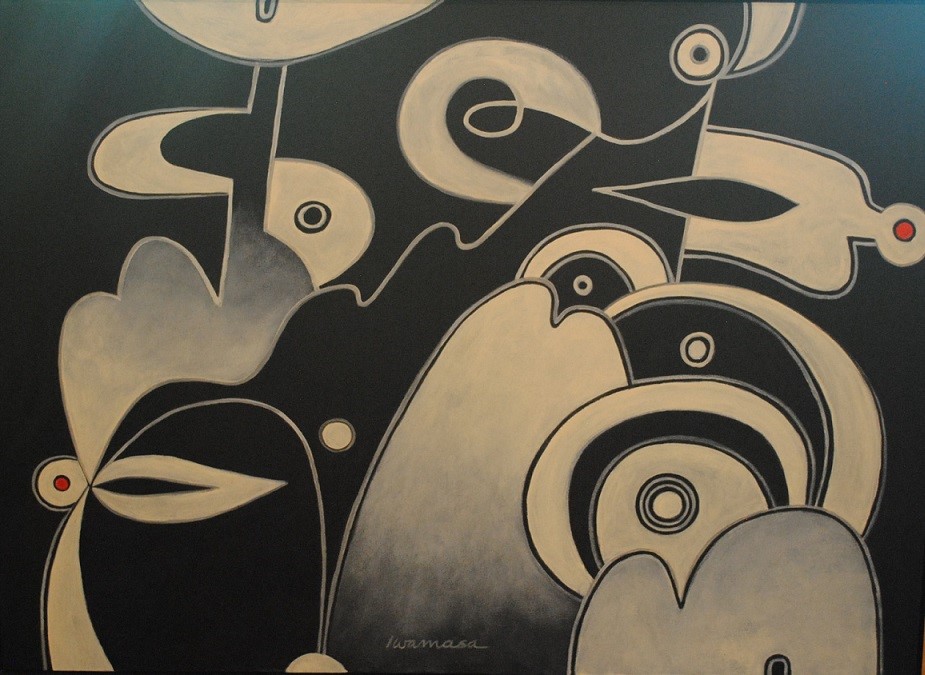 Creative 360 kicks off their 2018 winter season with an exhibit by Midland artist Robert Iwamasa. The opening reception is scheduled for January 5, 7:00-8:30 pm. Everyone is welcome. There is no charge.

The exhibition titled “A Wonderful Line,” focuses on the power of line and color to express feelings and images that are derived from Iwa

masa’s subconscious or reality. Sometimes both.

“As I look at my paintings, I see things that were not planned, but are revelations of my unconscious mind,” Iwamasa explained.

Robert Iwamasa was born in 1937 in Watsonville, California. He was raised by his Hawaiian-born mother of Japanese descent, and his Japanese father who came to America at the age of 15. During World War II, Iwamasa and his mother were interned along with more than 120,000 people of Japanese descent in the aftermath of the attack on Pearl Harbor. He moved to Midland with his wife Ruby in 1967.

Iwamasa has loved art and photography his entire life, but chose to have a career in science at The Dow Chemical Company. When he retired

in 1994, he quickly returned to his first love. He took a series of art classes from Delta College artists and teachers Larry Butcher, Russell Thayer and Randall Crawford. Graphic design lessons from Charles Breed, helped him establish his recognizable style. His work will be on exhibit through February 11.