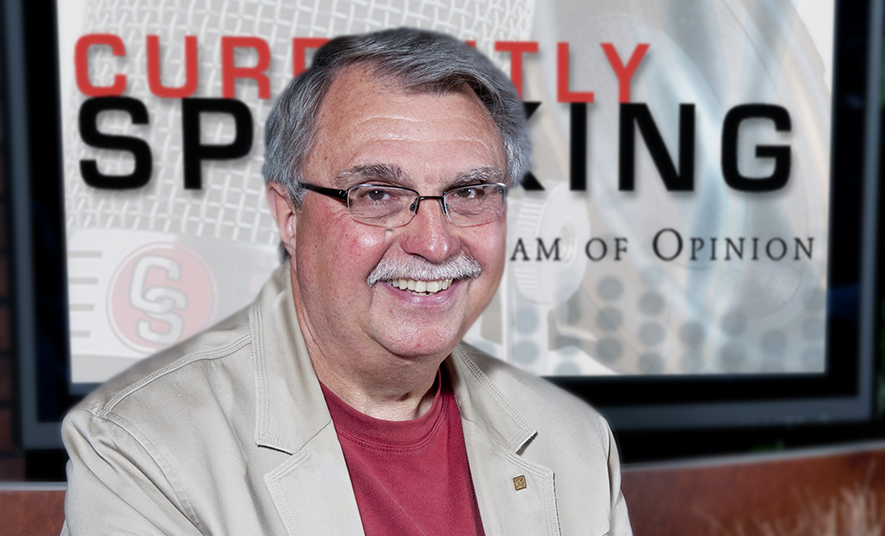 Midland’s best known broadcaster, Andy Rapp, will share stories and perspectives on his nearly 40-year broadcasting career October 4 at 7:00 p.m. Creative 360 will host the event. Tickets are $5. Call 989-837-1885 or visit the website at becreative360.org to get tickets.

Andy Rapp retired in 2016 after a long career with Delta Public Broadcasting. He started at the station in the 1970s when he hosted a daily discussion program, Day By Day. The program ran on the old WUCM, Channel 19, and was a daily half-hour variety show that aired for 13 years. On this show, Rapp interviewed both O.J. Simpson and F. Lee Bailey long before the famed murder trial that linked the two men. The programs Trivial All-Stars and The Weekly followed for shorter runs.

His final program, Currently Speaking, launched in 1999 and continued through nearly 300 shows aired each Tuesday at 8:00 p.m. The live current events discussion took on national subjects that affected people locally. A popular show, many people called in to join the discussion while the program was being televised.

At the same time Rapp was hosting these live shows, he was busy teaching. He taught broadcasting history and law classes at Delta College, and speech at Northwood University. He established Northwood’s Competitive Speech Team more than 20 years ago and coached them through many victories. He even spent a year writing a column for the Midland Daily News.

Rapp will share stories about some his most memorable guests, his views on the political landscape and how it impacts media, and the reason for the current divide in America. Always provocative and thoughtful, he will wrap up by taking questions from the audience.

Andy Rapp lives in Midland with his wife, Donna. They are parents of daughter Meghan, who resides in Wisconsin.