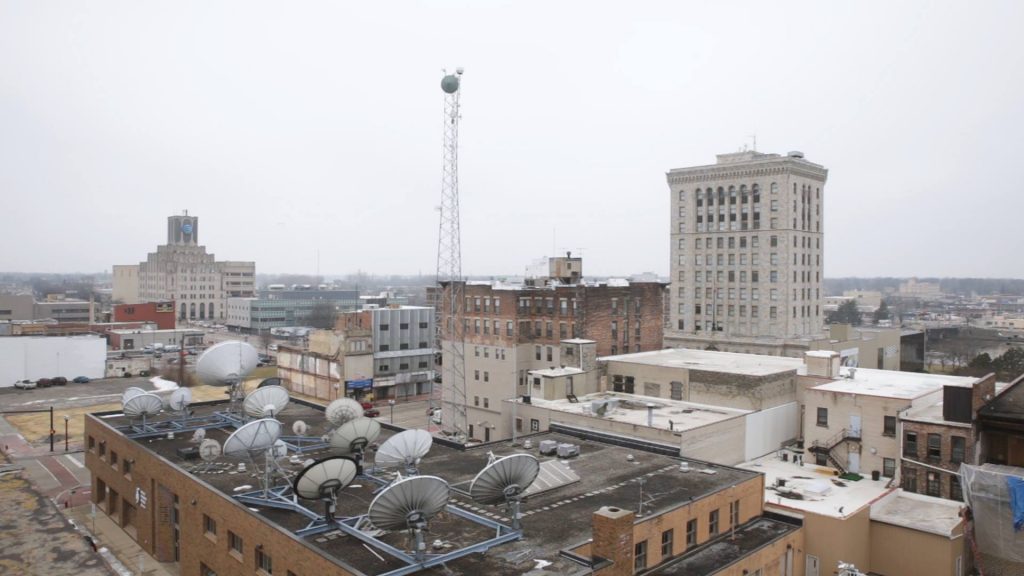 From 2002 through 2009, Saginaw was ranked as the most violent city in America. On Thursday, October 7, 7:00–9:00 pm, Creative 360 will host a screening of a film that traces the sequence of events that created such an environment, but more importantly, explores what the citizens of Saginaw are doing about it. RE: SAGINAW is a feature-length documentary produced, written and directed by Saginaw native Alex Mixter who will take the stage after the screening for a discussion. Admission is $10. Register with Creative 360 online at becreative360.org or at 989-837-1885.

Mixter left Saginaw years ago, planning to return only for holidays and other big events. On one of those holiday visits in late 2013, he noticed many positive changes in his hometown.

“Every time I would come back home to visit family and friends, it would be a little different,” he explained. “The Bancroft and Eddy buildings were rehabbed while I was gone, and I kept seeing people around my age opening businesses in Old Town and then downtown.”

Even with these positive changes taking place, people still saw Saginaw as a horrible place, known nationally for being the Most Violent City in America and Forbes Magazine’s Worst City in America for Women. Wanting to put a positive spin on those perceptions, he used his videography talents to document interviews with those who were working to make a difference.

Now, four years and 50 interviews later, he’s moved back and put together an intriguing documentary. His feature-length film puts the region’s economic decline into historical context, and places a spotlight on non-profit youth programs, local businesses, churches, and individuals who are working to combat negative stereotypes and improve their communities.

“As I interviewed Saginaw residents, I learned how welcoming everyone is, even when the town seems divided,” Mixter said. “I wanted everyone to have an opportunity to meet these people the way I met them. The community here is incredible. Everyone has a different story and they feel the way they do through a lifetime of experiences. The film isn’t so much my voice, but a platform for the community to share.”