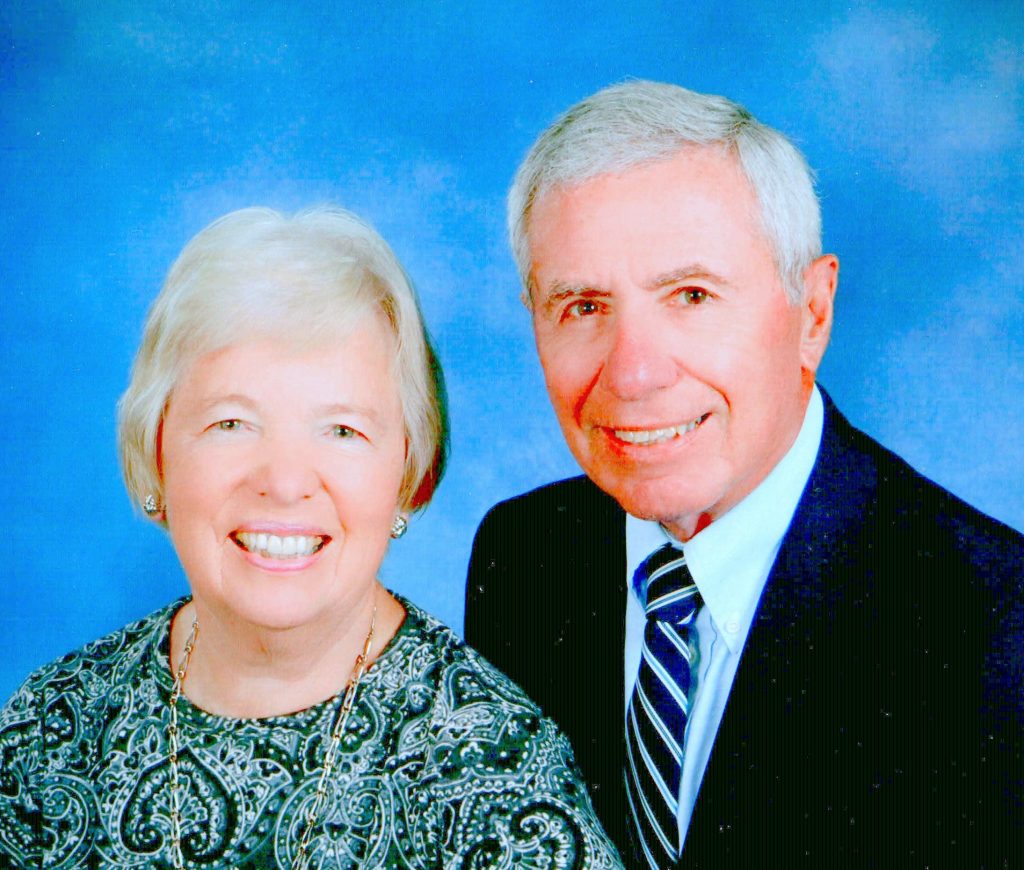 On Friday, May 5, 11:30 a.m.-1:00 p.m., Creative 360 will host the final Yes We Can! luncheon of the season in honor of Edward & Elyse Rogers. Take a break from your day to enjoy a catered luncheon, and pay tribute to this remarkable couple who continue to contribute so much to the community. Registration is required by calling 989-837-1885. Space is limited. $30

Edward & Elyse Rogers raised three daughters in Midland. Their youngest moved to Tokyo with them to attend university during the seven years Ed worked for Dow Japan.
Thanks in part to Elyse’s experience with the Dow Foundation, they started the Rogers Family Foundation to support causes they believe in, especially conservation and educational institutions.
During Ed’s 38-year career with the Dow Chemical Company, he managed seven major businesses, was president and CEO of Dow Chemical Japan, and served as a Dow Chemical vice president. After retiring, he served as V.P. for Wells Fargo Advisors. He has served on many boards of directors including MidMichigan Medical Center, MidMichigan Home Care, Midland United Way, Creative 360 and St. John’s Episcopal Church. He has also served on many national boards and was a Captain in the U.S. Air Force.
Elyse is president and CEO of MAC International LTD, and president of the Rogers Family Foundation. She has served as president/CEO (interim) Midland Area Community Foundation, assistant vice president of the Herbert H. and Grace A. Dow Foundation and more. Her board service includes MMI, SVSU, Northwood, MidMichigan Health, Rotary International, Little Forks Conservance, MNA, Asian Pacific Councils of American Chambers of Commerce and many more. She is a successful medical-columnist, short-story and nonfiction writer.

About Yes We Can!
Yes We Can! is a Creative 360 program designed to honor and celebrate artists, scholars, scientists and community leaders who are 80 and above from across the Great Lakes Bay Region in a way that respects their knowledge and taps into their legacy of creativity. People of all ages enjoy the opportunity to engage with this dynamic group through their art, artist talks, luncheon soirees and more. Thanks to the generous sponsorship of The Barstow Foundation, Gavin & Associates, NADA Northwood University, Space Studios and Balanced Living Chiropractic, the 2017 program was as dynamic and diverse as the previous three seasons. This year’s Yes We Can! program ran January through May and included a total of eight luncheon soirees, six Tuesday Tributes and a tea to honor mothers.