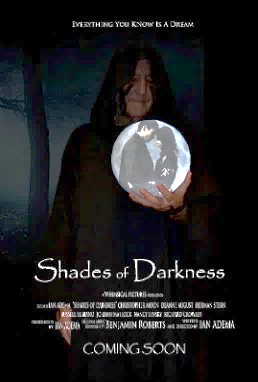 The community is invited to the Michigan premiere of the movie Shades of Darkness on Friday, April 28 at 7:00 p.m. in the Creative 360 Gallery. Midland’s own Joannah Lodico will offer a live performance of Nepenthe, the song she wrote for the movie soundtrack. There is no charge for the event. Donations are appreciated.

Shades of Darkness is the story of a man who lives in a world of eternal darkness and is hunted by a mysterious figure. In his search for answers, he discovers the world he lives in may only be a dream. With the help of a stranger, he must decide what is real.

The movie was written, produced and directed by Ian Adema and stars Christopher Moon and Deanne August. It was filmed in Oahu, and won the Aloha Accolade Award at the 2016 Honolulu Film Awards.