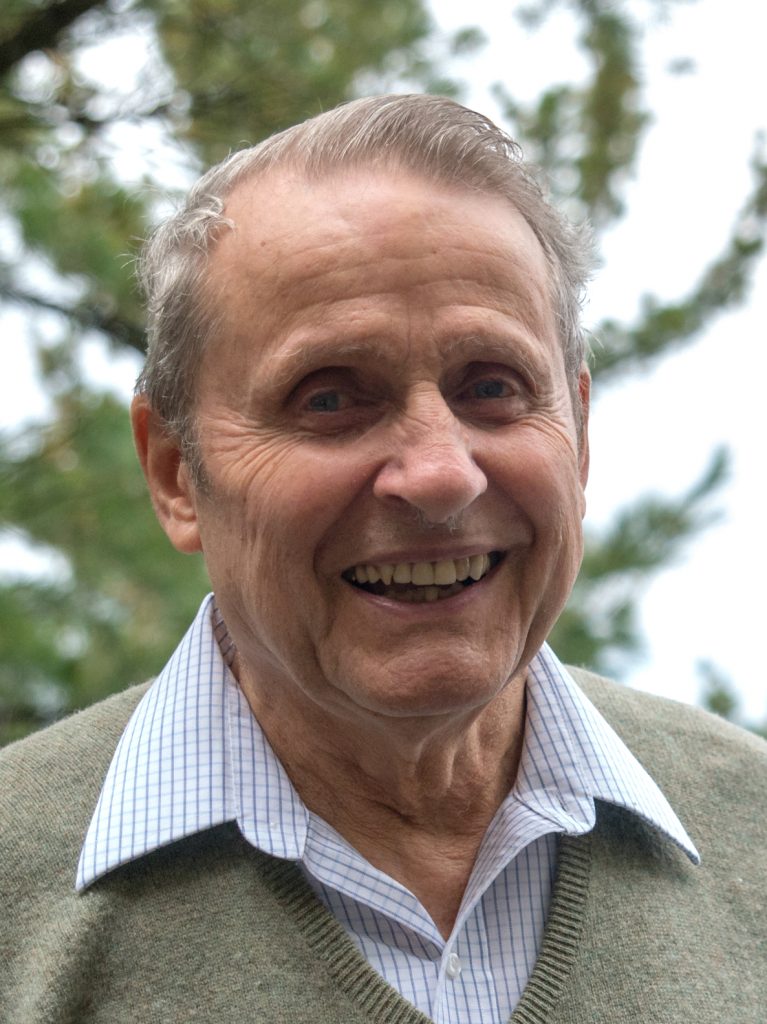 In 1952, Ced Currin began a 30-year career with Dow Corning Corp. after receiving his degree in Electrical Engineering from Iowa State University. Soon after, he married his wife Betty and they raised four children in Midland while remaining active in several community groups.

During his career with Dow Corning, Currin moved through a variety of laboratory positions, including roles in the Hemlock silicon plant (now Hemlock Semiconductor) in the 1960s, and in Barry, Wales in the early 1970s. A formative event in his career was when he was named to the newly-created position Energy Technology Manager, and tasked with determining the possibilities for Dow Corning’s future in the emerging energy fields, particularly solar energy. The role gave Currin practical knowledge that would extend to mission work in lands far from Midland. He also learned that about 30 percent of people in the world lived without the benefit of electric power which hampered their ability to form communities.

Upon his retirement in 1983, Currin founded Currin Corporation with an aim to bring the benefits of electricity to the world’s remote locations. His outreach was extended to the Navajo Nation, Central America, Haiti, Uganda and, closer to home, to the upper Great Lakes. He has also led many workshops to help others learn about the benefits of solar energy.

While he facilitated many accomplishments, Currin’s venture into solar power was also met with setbacks and disappointments. He has dealt with things like political corruption, theft of solar panels and components, and project cancellations by new governments. Through it all, he remained undeterred because “the people still need the help.”

He will share his stories and experiences at this luncheon in his honor on April 28.