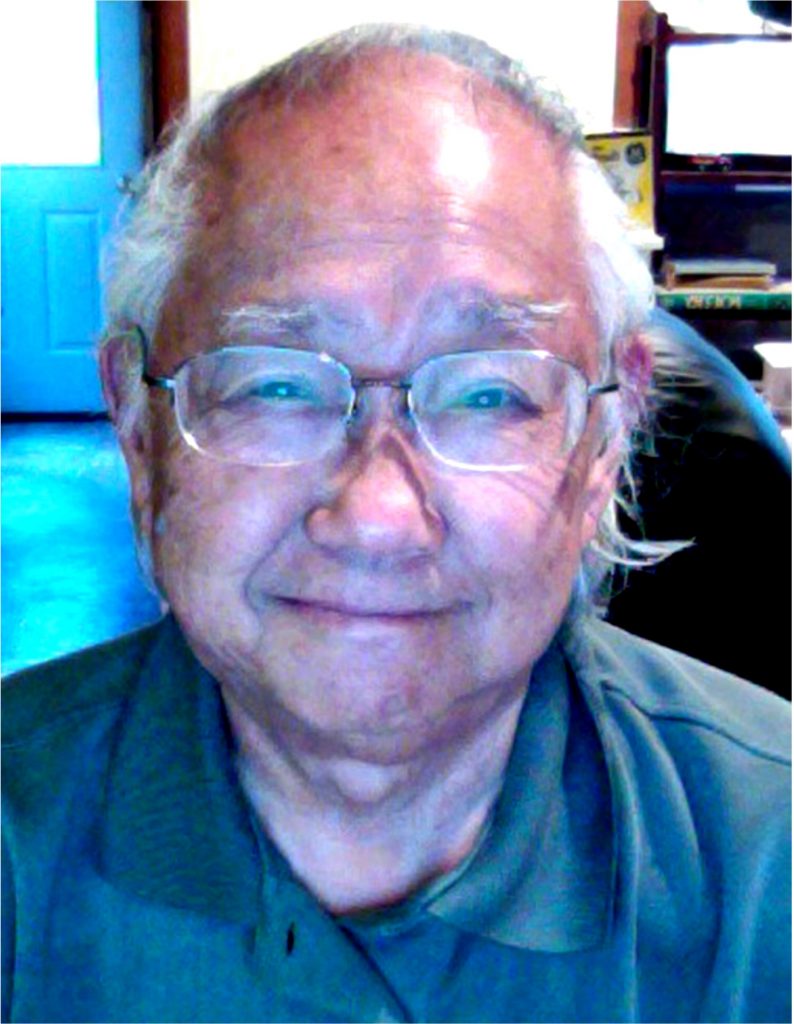 Yes We Can! Exhibition Artist Robert Iwamasa will be honored at a Tuesday Tribute on March 14, 2-3:30 p.m. at Creative 360. Tuesday Tributes are hosted by Creative 360’s former Executive Director Carol Speltz, and offer an opportunity to hear from a wide array of fascinating octogenarians about their lives, their creative process, and their adventures. There will be lively conversation, tea, treats, and time for Q&A. Cost is $5.

Robert Iwamasa was born in 1937 in Watsonville, California. He was raised by his Hawaiian-born mother of Japanese descent, and his Japanese father who came to America at the age of 15. During World War II, Iwamasa and his mother were interned along with more than 120,000 people of Japanese descent in the aftermath of the attack on Pearl Harbor. He moved to Midland with his wife Ruby in 1967. Iwamasa has loved art and photography his whole life, but he chose to have a career in science. When he retired from The Dow Chemical Company in 1994, he quickly returned to his first love. He took a series of art classes from Delta College artists and teachers Larry Butcher, Russell Thayer and Randall Crawford. When he took graphic design lessons from Charles Breed, Iwamasa established a recognizable style.

Currently, is work focuses on the power of line and color to express feelings and images that are derived from his subconscious or reality. Sometimes both. Two examples of his work, shown here, are Athena and the Owl and Hiroshima Black Rain. Iwamasa defines the themes and representations of each work here.

“The painting Athena and the Owl (left) represents the goddess Athena in Greek mythology,” Iwamasa explained. “As I look at my painting, I see things that were not planned, but are revelations of my unconscious mind. This painting is done in the style of my recent paintings, which focus on the power of line and color. The three knobs at the top represent myself and artist friends, Larry Butcher and Charles Breed observing and admiring the wise Athena.” Hiroshima Black Rain, (left) is reminiscent of the atomic bomb dropped on Hiroshima during World War II. “Survivors of the blast recall the bright white light, large boom and black rain,” Iwamasa explained. “The intense fire caused by the burning buildings created large amounts of ash and tar which were sent into the atmosphere, seeding the clouds and resulted in black rain within hours of the explosion. “I tried to make the drawing depict the blast with the black rain coming down over the dome as tears, with victim souls – men, women, and children – in white departing to heaven,” he explained.

Iwamasa has shown his work in a variety of local art exhibitions, including one-person shows at the Saginaw Art Museum, and more recently at Creative 360.

Creative 360’s Yes We Can! events run through May and are sponsored by The Barstow Foundation, Gavin & Associates, NADA Northwood University, Space Studios and Balanced Living Chiropractic. The program runs through May and includes an art exhibition, eight luncheon soirees, six Tuesday Tributes and a tea to honor mothers.

Yes We Can! is a program designed to honor and celebrate artists, scholars, scientists and community leaders who are 80 and above from across the Great Lakes Bay Region in a way that respects their knowledge and taps into their legacy of creativity. People of all ages enjoy the opportunity to engage with this dynamic group through their art, artist talks, luncheon soirees and more. For more information about each event, go to Creative 360’s website at becreative360.org or call 989-837-1885 to request a print brochure.

If you know of someone who is at least 80 who should be considered as part of future Yes We Can! programs, please contact Creative 360 at 989-837-1885 or by email at creed@becreative360.org