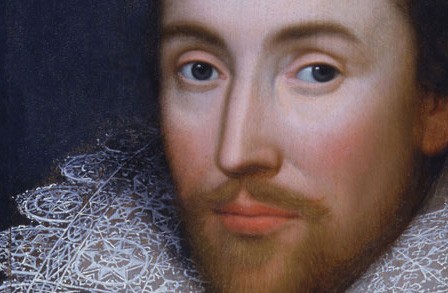 Friday, August 12 at 7:00 p.m. the audience will enjoy a VIP preview performed on the Creative 360 gallery stage. The evening includes a cash bar, hors d’oeuvres, and an exclusive opportunity for Q & A with the show’s cast and directors. Admission is $30. Contact Creative 360 at 989-837-1885 or online at becreative360.org to make your VIP reservation.

Saturday, August 13 and Sunday, August 14, offer opportunities to view the Shakespeare comedy as originally performed – outdoors (weather permitting). Performances are at 5:00 p.m. both days. Admission is by donation.

“The cast and crew is excited to breathe life into one of the great works of William Shakespeare with our contemporary styling of A Midsummer Night’s Dream,” said Matt Hutchinson, director and co-founder of Second Shift Theatre Company.

Hutchinson and his family returned to the Great Lakes Bay Region from Chicago three years ago. It didn’t take long for him and his wife Santana Vermeesch to notice the wealth of talented actors in the region, and the lack of consistent professional theatre to unite that skill under one banner. The couple set out to create that banner.

“I spent more than a year cultivating this ensemble of talented actors who have a wealth of training, experience, and a true passion for the art of live theatre,” said Hutchinson. “Second Shift Theatre Company is the result of that effort.”

The community can enjoy a sampling of Second Shift Theatre Company’s work on July 24 at 7:00 p.m. The FUNdraiser, What the [bleep] is Shakespeare, will showcase how great the works of William Shakespeare can be with a variety of scenes and monologues. It will also offer an opportunity to support the fundraising efforts for A Midsummer Night’s Dream.

Those who would like to make a tax-deductible donation to support Second Shift’s inaugural performance, can do so at www.indiegogo.com/projects/a-midsummer-nights-dream-at-creative-360 or by bringing or mailing the donation to Creative 360.

About Second Shift Theatre Company
Second Shift Theatre Company was founded by like-minded residents of Michigan’s Great Lakes Bay Region who wished to enrich the performing arts through providing professional opportunities for actors; scholarship opportunities for students; and theatre art for the community. As an ensemble-based acting company, a group of core actors train, create and perform together strengthening their craft through repeated artistic relationships. The summer Shakespeare performance provides scholarship opportunity to undergraduate students of theatre as well as opportunities for community volunteers.

About Creative 360
Creative 360, formerly known as Creative Spirit Center, is a not-for-profit community arts and wellness organization founded in 1994. Its mission is to create an environment for people of all ages and abilities to experience the creative process through ongoing classes, art exhibits, events, concerts, speakers and outreach programs, with its goal to enhance the development of physical, mental and spiritual wellness through the arts and humanities. In 2013, Creative 360 expanded its offering to include Express Yourself Artshop, a program focused on those with physical, mental and intellectual challenges. Activities at Creative 360 are supported in part by the Michigan Council for Arts and Cultural Affairs, a partner agency of the National Endowment for the Arts, Midland Area Community Foundation and the Herbert H. and Grace A Dow Foundation.